As The Snow Slowly Melts

Despite the fact that winter seems unwilling to depart this chilly climate even a week after the official start of spring, the local Minnesota Music scene is starting to heat up for the upcoming warm season.  Here in Minnesota musicians have a tendency to hunker down for the winter to work on new material.  This makes logical sense too since your average music patron tends to be less interested in going out to a show when they have to travel through frigid temperatures and brave treacherous road conditions.  There have been some very entertaining shows over the last few months for those stalwart supporters of local music, but the months ahead promise great new songs and albums as the hibernating Minnesotans slowly thaw out of their winter stupor.

For a few local bands the music festival season started early with appearances in early March at this year's South By Southwest festival in Austin, TX.  However, most of those bands have already received enough press in my eyes and do not need redundant exposure.  Likewise, the point of this blog isn't to fluff the nationally acclaimed bands who grace the likes of The Current, because they already have press teams following their every move.  I want to bring exposure to the bands anyone in the Twin Cities can go to see for less than ten dollars at a local venue and meet personally.  Our local music scene has many more musicians than are observed on the national radio channels, and they are all starved for and deserving of attention.

With that in mind I would like to dedicate this post to a band that probably flew under the radar of most people at the South By Southwest Music Festival.  The Jelly Project are a local band who played on their label Funk-It Records' stage March 14th at SXSW.  They have been making heads bang and bodies rock in the local music scene for the last couple years as they slowly gain regional, national, and international acclaim.  Their music is gritty rock infused with the vocal styling of their charismatic lead singer Jelly, who's powerfully emotive voice evokes the style of Janice Joplin.  Check out their music and find upcoming shows at http://www.rockthejellyproject.com/  Additionally, they will be playing a show this upcoming Friday April, 5 2013 at The Triple Rock Social Club along with two other awesome local bands: The Lone Crows and La Madness.  This should definitely be a night to remember!  If your so inclined this is a link to the Facebook event for the show.  https://www.facebook.com/events/139827836188783/?ref=2

The Jelly Project at The Cabooze November 29th 2012 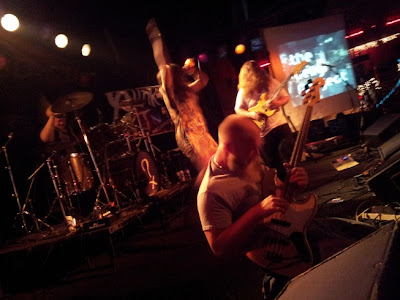 Another important event to take note of happened this last week.  Last Thursday was the Website launch party for a new music site based here in Minnesota which is designed as a tool for bands to gain exposure and interact with musicians across the globe.  The site is called itmusic.us  and their goal is to offer a meritocratic community for musicians to post their work, give feed back, and collaborate with other musicians.  The meritocratic elements allow bands to gain influence and credibility by interacting with other musicians in a social environment rather than paying directly to be promoted.  The idea is that the more a band or artist gets involved with the site the more credibility and attention they will receive.  The site is still in closed beta testing to work out the dynamism of such a complex matrix of interactions, so if you want to get involved in the ground level of such an innovative new site go to itmusic.us and add your e-mail to receive an invite into the burgeoning community.

The website launch party was an epic gathering of local musicians who spanned all genres and illustrated how interactive and inclusive the the Twin Cities music scene is.  There were performances ranging from an acoustic guitar duet called Hog Nosed Bastards to the video-game-music sampling rap of Style Biters and included a presentation by the CEO and founder of itmusic.us Noah Itman about the trajectory and intent of the new website.  Look forward to more news as the website progresses from it's primordial state into a new and innovative music institution.

Hog Nosed Bastards performing for the itmusic.us Bananza at The Sound Gallery
https://www.facebook.com/HogNosedBasterds?__user=1101231776 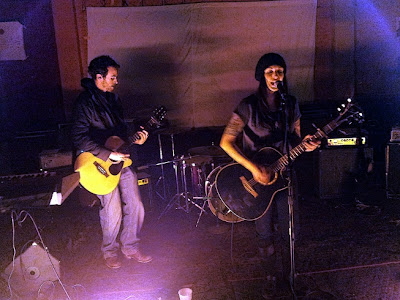 The Flamin' Oh's performing for the itmusic.us Bananza at The Sound Gallery
https://www.facebook.com/FlaminOhs?fref=ts 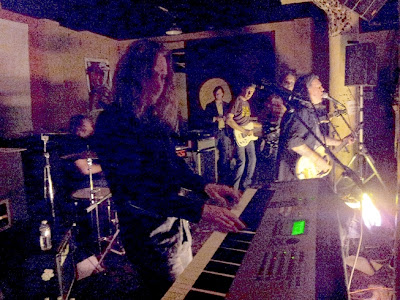 Mississippi Rising performing for the itmusic.us Bananza at The Sound Gallery
https://www.facebook.com/MississippiRisingMusic 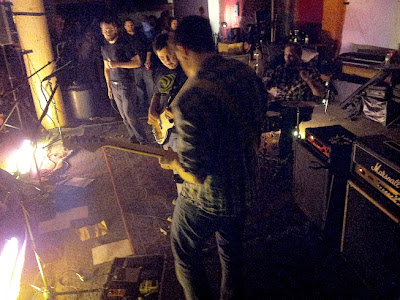 CEO and Founder of itmusic.us Noah Itman giving a presentation about the new website 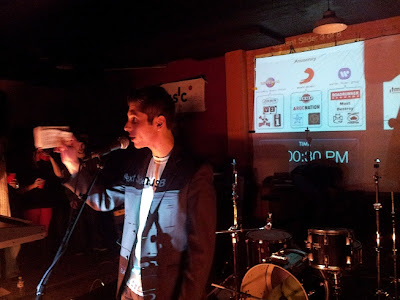 Style Biters performing for the itmusic.us Bananza at The Sound Gallery
https://www.facebook.com/thestylebiters 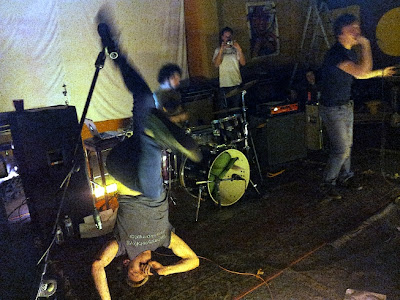