La Madness Music Video Shoot for Got Me Wrong 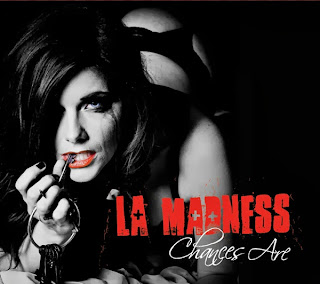 In late July 2013 the weather was consistently beautiful each day.  I was regularly attending shows in the evenings.  At one such event the band La Madness was playing.  I had seen them a few times before and they knew me for my blog and dancing at shows.  The lead singer Kurt Vatland approached me and asked if I would like to join their band for the filming of their upcoming music video.  Naturally I was elated to be offered the opportunity to cover their shoot.  So I agreed. 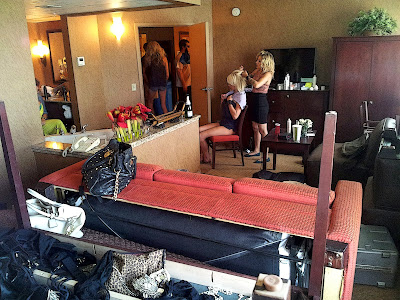 In a few days I headed to Eastern Saint Paul Minnesota on a bus to meet them at a hotel for their shoot.  When I arrived in the early afternoon, they already had the room prepared for the shoot.  They had moved all the furniture from the central bedroom into the small second room to make space for the band's musical equipment, the lighting, and the film crew. 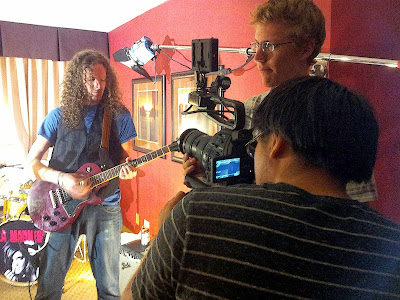 As I got situated, the extras and band were in the process of getting preened by make-up artists before their time in the limelight.  As the performers were getting made over, the film crew was hard at work arranging the lighting and strategizing the order of shots to be filmed. 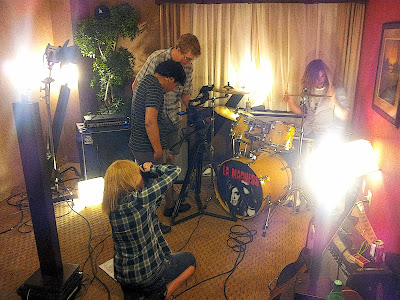 Soon it was time to get the ball rolling.  First on the list of visual arrangements was partial band shots for closeups of each band member.  Over and over the band played along to the recording of their song as the crew took footage from different angles. 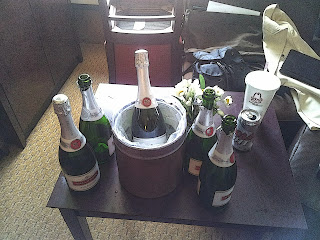 Despite filming in the middle of the day, the shots were supposed to be at night.  Therefore, the blinds were drawn and covered so that the room felt like a party in the depth of the night.  To supplement that feeling, the band supplied the extras, the crew, and themselves, with champagne.  It was rather appropriate considering the context of the song being filmed. 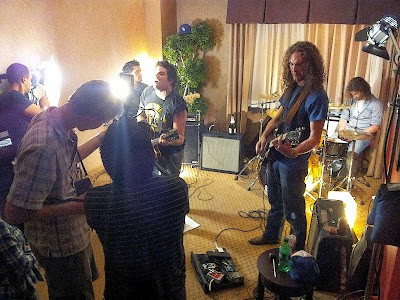 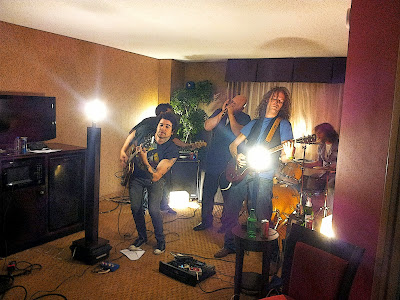 Slowly the shots accumulated as the band rotated in and out of the main room for their time in the spotlight.  Then it was time finally for the full band shot.  The whole band piled into the cramped corner of the room and rocked out as if it was a live show.  Despite having been forewarned of the noise potential, and the fact that it was the middle of the day, the hotel management soon phoned the room to chastise them for being too loud.  Naturally, they needed a couple more takes before they were able to get it all squared away.  So they took the scolding with a grain of salt and soon were finished with the loudest part of the filming. 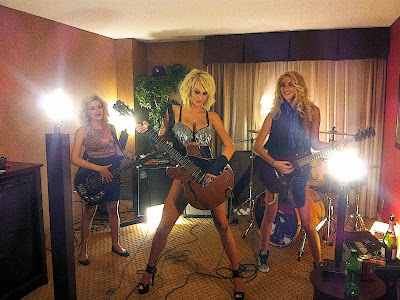 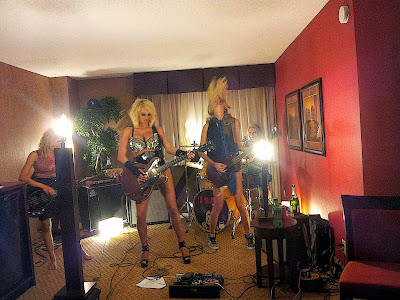 Next to the stage were the girls to perform with the guys' instruments in place of the band.  Their scantily clad bodies belied the burden of the instruments as they simulated jamming out on the instruments.  In spite of the apparent awkwardness they felt with so little experience hoisting the instruments, they none the less made their best effort to appear as if they were rocking out.  It worked.  The only truly difficult instrument to mime was the drums, since fake playing simply doesn't confer the image of a musician.  Frankly it was awful to hear, but we took it in stride as the audio for the session was irrelevant since the song was to be dubbed over the video. 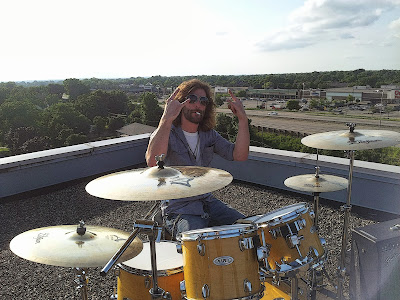 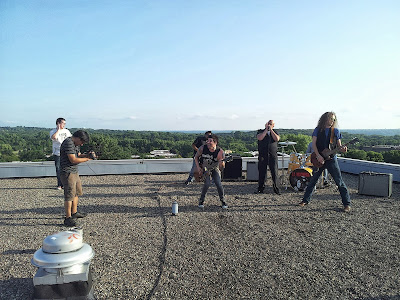 After completing the hotel room portion of the shoot, we all chipped in to carry the equipment onto the roof for the ultimate rock stage on top of a high-rise hotel overlooking the Saint Paul skyline.  It was stunningly beautiful up on top of the building as we set up and began filming the action.  The lead singer Kurt Vatland took some liberties with his movement on the roof and decided at one point to climb up onto the ledge behind the band.  Unbeknownst to him, all the onlookers gasped in fear as he strode confidently along the ledge he didn't realize overlooked a 40 foot drop to the next level of roofing.  Thankfully, he did not slip.  We all sighed in heavy relief after he was down.  Indeed it turned out he had no idea how far the drop was when he was inspired to jump up there. 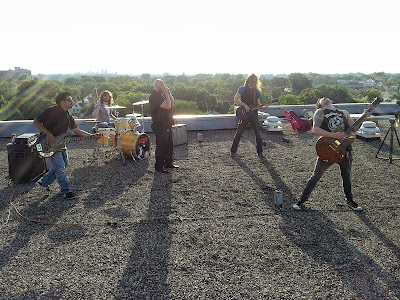 The band was then ready to call it a day, since the vast majority of the shots were finished.   I had to head out to catch the last bus for the day.  Unfortunately, I came to find out afterwards that I missed the final shot of the day, which was a sexy hottub scene.  It was a shame I miss that, but regardless it was a fantastic experience overall.

This last Saturday September 28th, 2013 finally brought the video release party at the Pourhouse in downtown Minneapolis, MN.  Along with the music video, the band has been compiling a documentary about their experiences.  So, after the opening band The Lone Crows finished their set, La Madness prefaced their music video with a clip from the upcoming Rockumentary "Going Mad" by Xtopher films. The night brought a great crowd along with the lively enthusiasm of the band for their exciting video debut.

With their video released and the buzz about them growing, the band is poised to return to the west coast soon for another tour.  The press they have been receiving has brought their single to the forefront of the Los Angeles rock station KROQ.  Soon the local rock station 93X here in Minneapolis will hopefully take up the torch as well.

Thank you to all the people who helped to make the video shoot possible:

and of course the band themselves

Posted by MatthewSudduthMusicBlog at 5:31 PM No comments: