Last Weekend's Events and Those to Come Soon

Today is Tuesday April 9, 2013.  Tonight I plan to go to a Kareoke contest at Tailgate Sports Cafe right by my apartment in south Minneapolis next to the intersection of highway 62 and 35 W.  Though spring is still silently stalking us somewhere in the future, the music season here is really starting to ramp up as band after band announce new CD's and shows.  I'm really excited to enjoy this year. 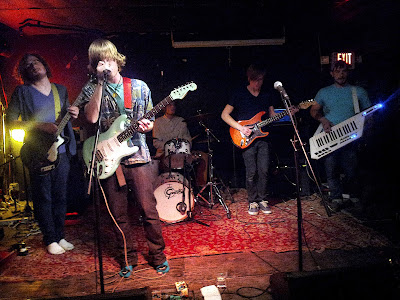 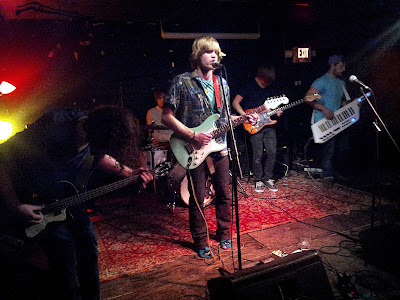 Last night I went to a show at Honey in Northeast Minneapolis, MN.  I missed the opening act, but the bands I saw were Moving Parts and Air Taiwan.  I came with a couple friends who I had run into earlier and whom suggested to me the show at Honey for the dancy music that would ensue.

Moving Parts were an incredible new local band just fresh out of college at The Institute of Production and Recording (IPR).  Their music was fantastic dancy groves to keep me moving.  The bartender even doubed me fantastic dancing Matt, I was very fond of his compliment.  Although I was the only person dancing most of the night, I enjoyed it thoroughly.  I'm not like most people who feel awkward to be alone, or close to it, on the dance floor.  So ironically though it's kinda unfortunate for the bands who would love people to move with them, I actually thrive and like when that happens even though it would be fun if other people joined in.  None the less it was incredibly fun and entertaining music.  Additionally, their new album just came in.  Though the show was not billed as their official release party, which will happen soon I imagine, I got myself a copy of their new album and I must say it is thoroughly as lively and dancy as the show!  These guys will be a fun band to follow and see in the future.  I'm sure to be making it out to more of their shows in the future. http://movingparts.bandcamp.com/ 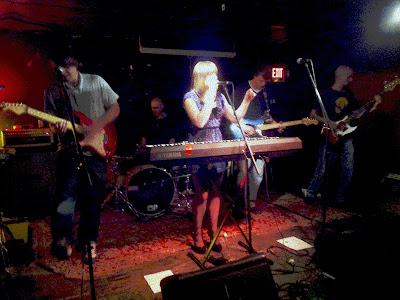 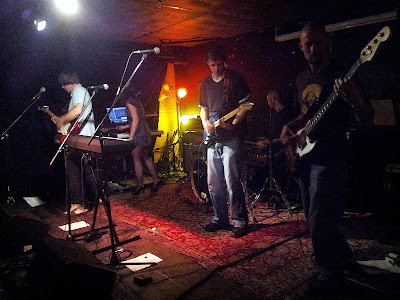 After The Moving parts came Air Taiwan.  They kept the mood just as lively and energetic again in spite of most everyone not dancing.  I used all the space that wasn't being used and had a ball dancing around to their awesome groves.  Along with some excellently chosen covers from several decades of popular music, they had excellent new music of their own to bring their energy into the world.  I know my fellow Minnesotans, while mostly not dancing, save a couple here and there, were none the less soaking up the music in their own ways and enjoying the vibes as they washed over them.  http://www.reverbnation.com/airtaiwan

This last Sunday I had a fun game of Munchkin Fu, a table top card game, with my family.  http://www.worldofmunchkin.com/munchkinfu/  Wondering why this is relevant?  It's not to music.  But it was fun none the less =P  It also shows a little of my inner nerdyness.  I LOVE music.  But I appreciate a lot of things other people feel awkward acknowledging, like watching the TV shows Glee, Smash, and Nashville.  I like all forms of musical entertainment, wheither it be an A Capella group, a ska band, musical theater, the opera, some local funk metal, a garage band with aspirations of being something more than what anyone expects of them, and everyone in between.  The world is full of people searching for meaning, but so few realize that everyone's searching in their own way and sometimes get bogged down in the silly little things in life that tie us up from day to day instead of fully enjoying the moment like we feel compelled somewhere deep inside to.  That's why I dance, I'm not afraid of people judging me.  I'm not doing it for the people who are going to be negative to me, I'm doing it for myself, the band, and the people who are feeling the vibes like I am.  It's so much fun. 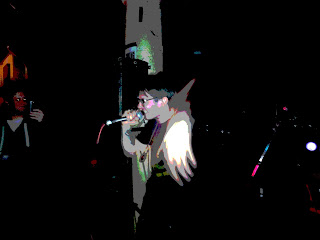 I should also mention I had a great night at The Sound Gallery again this last Saturday night April 6th 2013.  I got to see Sean Anonymous Spit some sick lyrics.  I enjoy his high speed and interestingly rhythmic rapping poetic stories.  He is certainly one of my favorite local rappers in the cities who goes somewhat under-appreciated but performs impressively.  It also helps that hes a really nice dude too.  http://seananonymous.bandcamp.com/ 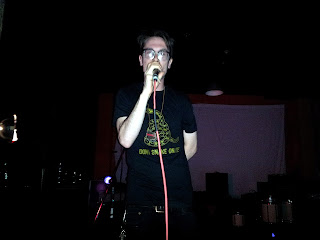 Saturday was the center peak for the weekend's awesomeness with a great group of people gathering to listen to music and socialize into the early hours of the morning.  The DJ for the music in the bar was an awesome guy I recent met who happens to be founder and CEO for a new music website built on a philosophy of meritocracy and interactivity based influence rather than pay for play influence.  It's an interesting concept and I think it's worth reiterating from my earlier post, since the site is currently in development so it's invite only.  However, if you want to get in on the ground level you can go to the website and request an invitation by entering your e-mail at http://itmusic.us/invite/

So what's to come in the near future?  This Saturday April 13th I am planning to go to the 21st art exhibit opening show at Cause Spirit and Sound Bar at Lyn-Lake in Minneapolis.  I bumped into Tony Rydell, the Curator of the exhibit for Cause, while I was at The Sound Gallery this last Saturday.  They always have an impressive array of local art they display, it's something equally to be appreciated in my eyes just as music, or dance, or any other form of entertainment. https://www.facebook.com/events/549791068374953/?ref=2

Beyond that, on April 22 my friend who is the great musician that is the lead singer and one of the two guitar players for the band The Lone Crows will be turning 21 years old.  He also plays in a band called Hot Damn!, who will also be playing that night.  Oh, and the exclamation point is part of the band name, so yes that was intentionally awkward looking grammar.  To top off the nights festivities The Jelly Project will also be playing.  So essentially, two of the bands from the last show I posted a blog about and the additional band from the birthday man will be rocking the house with their awesome blues, rocking bass riffs, shredding guitar licks, killer drum beats, and clear ringing vocal energies.  https://www.facebook.com/events/430371873700255/?ref=2

Later still on Saturday April 27th The Jelly Project will be playing with Fuzzy Machete, Up Jumped the Devil, and I Am Fuzz.  Fuzzy Machete are another epic rock and roll band of girls who kick that rock up a notch and make me dance.  https://www.facebook.com/events/353136248119320/?ref=2

May 4th 2013 will be Sabastian Love' Birthday party. He is the force behind Bad Medicine Productions.  https://www.facebook.com/BadMedicineProductions  There will be 13 bands playing on two stages at The Sound Gallery.  This will certainly be an epic fun night of music to remember.  The list of bands from Voodoo, The Japhies, The Wives, and Francecamp for certain I know already.  I am excited to hear and see all the bands at this epic music gathering.  21+ https://www.facebook.com/events/545979038769248/?ref=2

Of course those are simply the ones I have invites for this early on.  I will likely be going to many more shows, and blogging about those experiences as well.  So look forward to more musical musings from me Dancing Matt Sudduth in the future.

There is one last thing I would like to add, although it is not related to music.  A former coworker and friend of mine Celine Kitzenberg is preparing for a half marathon run on Sunday June 2, 2013 and she is looking for support to help raise money for The Leukemia and Lymphoma Society.  She has been blogging about her progress as she prepares to take on the task of running 13.1 miles for a race.  Please donate to a worthy cause, it is always a good thing to be charitable.  http://pages.teamintraining.org/mn/minneapo13/ckitzenber

Posted by MatthewSudduthMusicBlog at 3:45 PM